A word to the wise: Do Not Attempt to Snow Shoe Through Texas!

The idea of doing an end of the bicycle tour blog has given me bloggers block for some time now. It has proven difficult to come up with a clever or witty way to express giving something up, so I’ve decided to forego all that and do a basic rundown of events in order to finally move onto other serious blog business. The gist of it is that things were intensely boring and unsatisfying throughout the entire state of Texas, and from the looks of things the atmosphere wasn’t going to change much in the next 1000 miles (i.e.: between El Paso and San Diego). Meanwhile, we were spending money on all kinds of gross food and lodging accommodations, and it just got to the point where it wasn’t worth it anymore. I basically snapped when we stopped for lunch La Familia in Sierra Blanca off Interstate 10, and was served the same soggy corn tortillas filled with boiled chicken thighs and watery pico de gallo in a room where the patrons were either Border Patrol or at least 100 lbs. overweight. That’s where I told Brie I was ready to give it up, and she more or less agreed, although somehow it was harder for her than for me. And that’s it. The next day would be our last, from Fort Hancock to El Paso, and it would also prove to be one of the most trying of the whole trip: ninety degrees in February, with west winds at 30 to 40 MPH. By the time we made it into El Paso it was like 8PM, and all we had really heard about the place was that Mexican drug lords throw headless bodies off the bridges, so you can bet we were psyched to be riding through the place in the dark, right? Brie got the last flat tire of the trip as we rode underneath the bridge leading to Mexico. 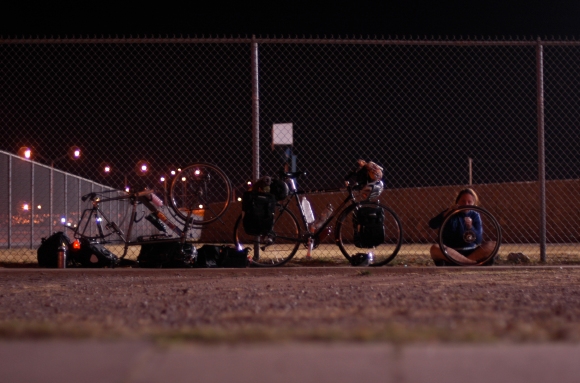 Then we checked into this faux-swank hotel called El Camino Real and drank a gang of wine and calculated how much it was going to cost us to move to Portland, OR. That’s when we realized we were making the right decision in ending our bicycle trip. Cost will humble the purest of intentions. The next day we rented a Penske moving truck for our bicycles and headed due North, and now, here we are in Portland.

An addendum of some photos from Texas: 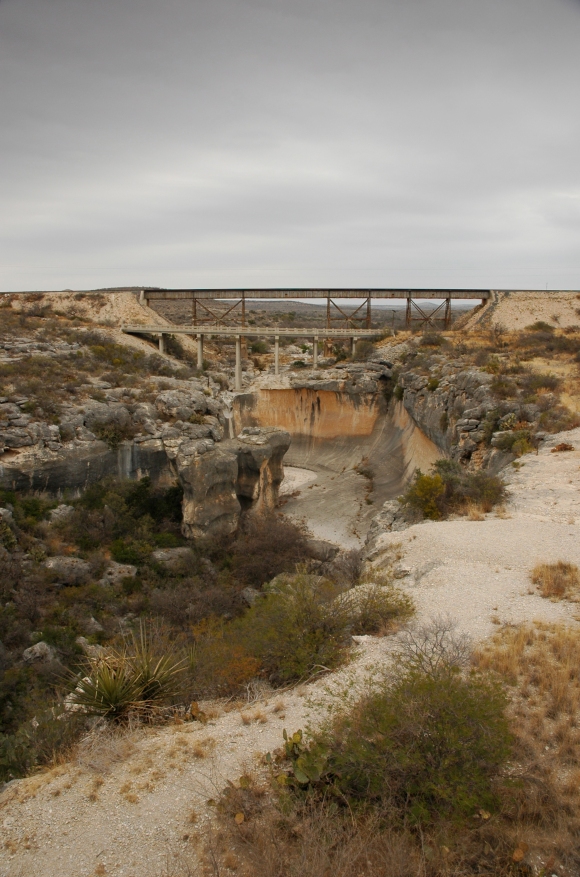 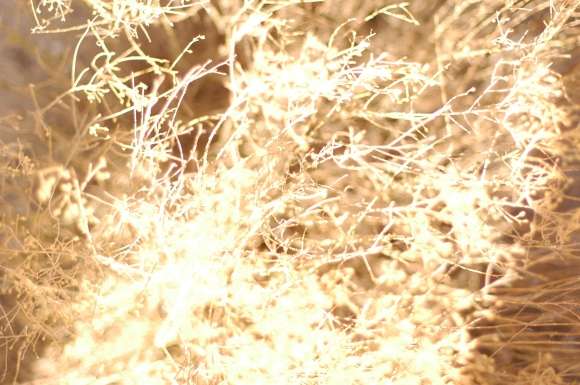 The Only Thing not dead in West Texas: these purple flowers. 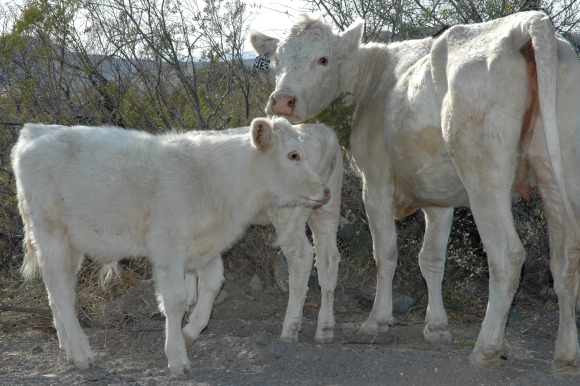 Some white cows on the roadside along the Rio Grande.