I had to put this tune up b/c D Double E is the illest! This is Grime people! 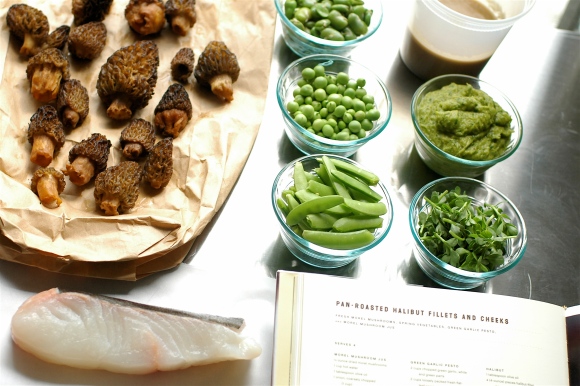 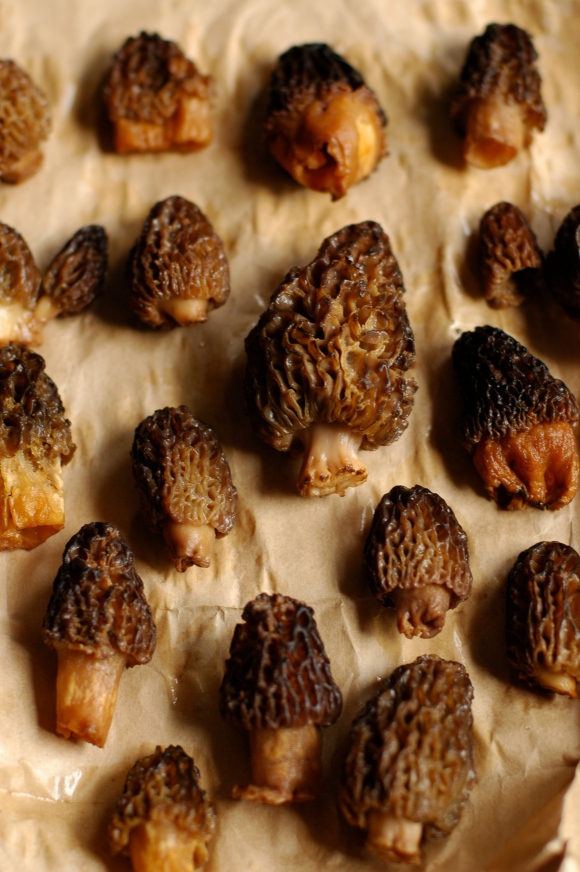 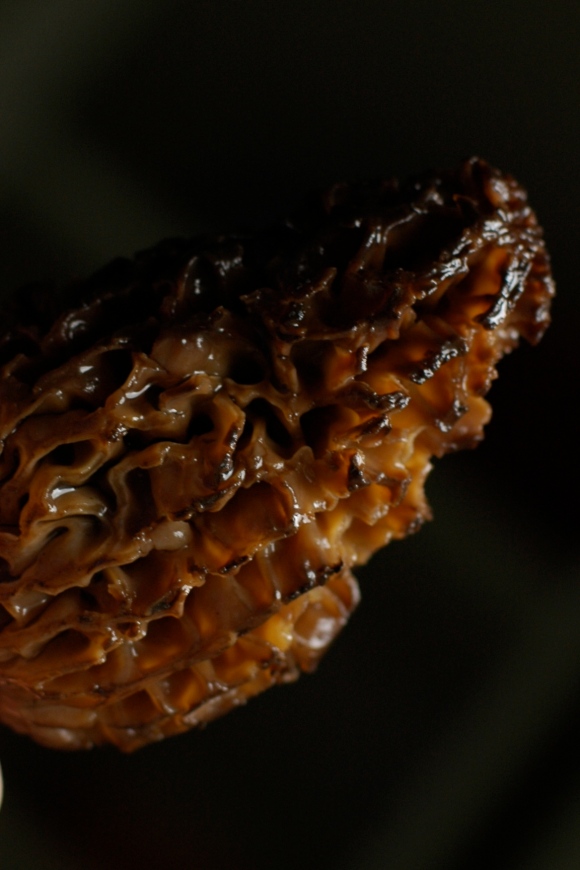 This squirrel had it’s eye on my Favas!

We ended up going to dinner by accident at Clyde Common the other night instead of finally going to see Avatar at the Living Room Theaters (they’re still showing it in 3D) because they only thing I had for lunch was a huge coffee and had caffeine-induced DT’s. Just a few minutes earlier I had tried on these pants that were so tight that they forced all the blood in my body up into my head, and upon taking them off, the mercury dropped and I felt a bit topsy-turvy. Thus the skipping of the movie and the eating off the food.

One of the things I ordered was this salad that was so good that I had to try and copy it today. It consists of: asparagus, carrots, potatoes, italian parsley, greens, and, in my version, an asparagus coulis (puréed) dressing that turned out decent, but not great (a bit too much vinegar.) A delicious, simple spring salad. It’s easy to make because all of the main components are prepared the same way: big-pot blanching. That is, a large pot of rapidly boiling, salted water in which to blanch the vegetables, and a bowl of ice water in which to shock! the vegetables in. Small fingerling-type potatoes take about 5 minutes, carrots 4 or less, and asparagus around 3 minutes or maybe more if you have some of those thick jawns. It’s more important to shock the carrots and the asparagus if you only have so much ice. Shocking the veggies in ice water not only abruptly stops the cooking process, but it really makes the vibrant colors of the vegetables pop!

Making a coulis from the ends of your asparagus is a good way to alleviate some of the frustration of having to cut off a third of the stalk, and it’s easy, so long as you have a blender. Just take the ends and boil them in the blanching liquid until they are entirely tender, then add them to the blender with a little water, and blend away. In the case of this salad I attempted to take the coulis into salad dressing territory by blending in some vinegar, olive oil, shallot, salt and pepper.

This is the first thing of note that I’ve cooked from scratch in way too long. We just moved and my kitchen kind of sucks right now. There’s no room to do anything. I have to work it out this week. I need to cook more because we can’t afford to be eating out so much. I made 5 of these salads for the cost of one in the restaurant! Oh, thee humanity! 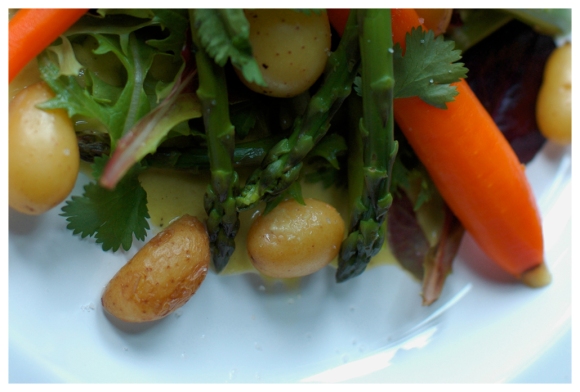