Every time that I decide to do some sort of food project it inevitably ends up costing a small fortune. Finally, we have an exception to the rule with Mr. Bungles Berry Good Bourbon Strawberry Rhubarb Jam! Gabrielle and I both had Friday off, so we decided to go on a cheap date: Strawberry Pickin’. After doing a quick google search, I came up with this web address, www.pickyourown.org, and we drove out to the first place on the list for the Portland, OR area: Albeke Farms. The description says that they have all kinds of pick your own produce, with strawberry’s coming first in the season, and just our luck, they opened their farm a day before we called. I hadn’t been berry pickin’ since I was a very young boy, so I don’t remember much about that time, except we walked away with a boat load of strawberries and it was a dreary day. That wasn’t the case for us. It was mostly sunny and right in the 70’s. Perfect berry pickin’ weather! 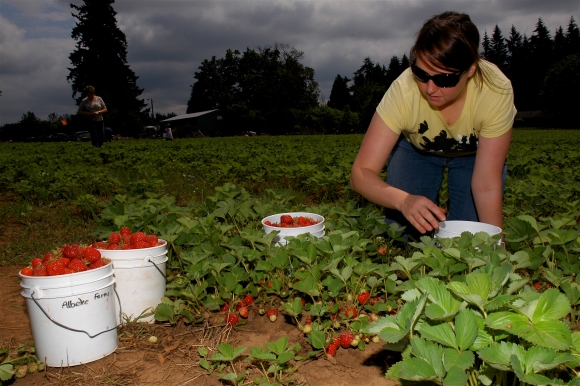 It may have been that we loved pickin’ berries, or it may have been because they only cost a dollar a pound, but either way, we managed to pick 20lbs of strawberries. I suppose that’s peanuts if you consider the couple a few rows down from us had just finished rounding up an even hundred. We were going by bucket, and we decided to fill two buckets each. I figured that would be about enough to make some jam, and maybe have enough left over for a milkshake or two. So this is a word to the wise: be weary of the buckets one fills lest one be buried in berries! 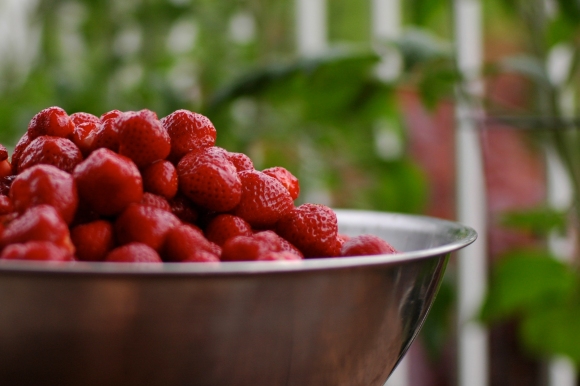 Afterwards, we fished around for some canning jars, and the lady at Bed Bath and Beyond sent us over to Bi-Mart, where we found an abundance of canning jars at incredibly low prices. If that weren’t enough, everyone that worked there was incredibly nice and helpful, and just about every costumer we saw was jolly as a sonamabitch. It was like if Big Lots were Kubla Kahn’s stately pleasure dome, except with cheap chips instead of fly maidens playing the dulcimer. If you live in the Northwest, and you are planning on canning some things, I recommend going there. Seriously, though, they had the 9oz bags of Kettle Chips for 2 bucks.

I suppose a little back-story is in order. Before I became the Catastrophysicist, I was a Mr. Bungle. Now I am only a Mr. Bungle when I am in the kitchen (Mr. Bungle’s Bistro), or whenever Brie and I are in the same place at the same time. For those that don’t know what a Mr. Bungle is, you can educate yourself with this video:

Me and the star of this video share the same name, but we’re basically opposites. I do ALL of that Mr. Bungle shit!

As for the jam, I followed the Ball Complete Book of Home Preserving to guide me through successfully. Making the jam wasn’t really difficult, it’s just kind of a long process that you have to stay focused on till the end. It involves mashing 8 cups of berries, adding pectin and lemon, bringing that to a boil before adding 7(!) cups of sugar, and then bringing that to a boil, and cooking it down to a certain consistency. I decided that it called for some bourbon all on my own. Meanwhile you have to prepare the jars for canning, which is kind of too involved to relate here. I recommend buying the book. It has very easy to follow step by step instructions, and over 400 recipes! I ended up with 10 8oz jars, and if you consider I used about 4 pounds of berries at $4.00 and paid $6.00 for 12 canning jars, that comes out to a dollar a jar! This was the first time I tried and it won’t be the last. Canning is not just for old ladies in the country anymore! 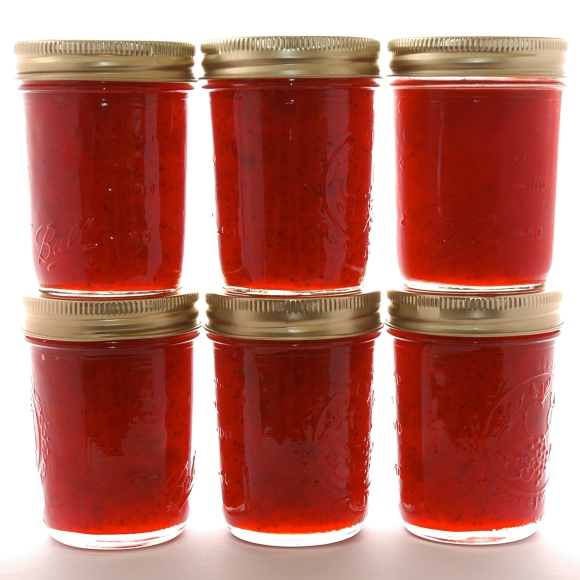 Update: WordPress has actually automatically generated an appropriate link below this post. The link for How to Make Jam – A Beginner Tutorial expertly outlines the process, albeit for a much smaller batch. Check it out!